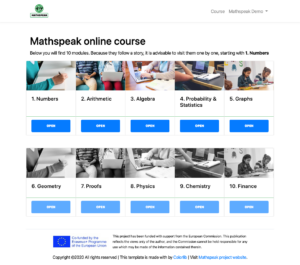 The Mathspeak project’s success has been assessed in a number of ways: